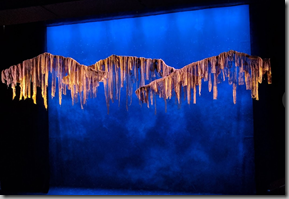 Blockchain fundamentally is based on two foundational elements:

Leveraging these two technical components gives blockchain the ability to:

By 2020, we are going to see many industry verticals, including airlines, delivering high value to both themselves and their ecosystem of partners and suppliers using blockchain technology. - Casey Kuhlman, CEO, Monax

This could have value within the airline industry where data sharing across multiple entities, including other airlines, airport operators, ground handlers, travel distribution companies, air traffic management and government agencies occurs on a regular basis. There are a multitude of opportunities to streamline current processes including baggage tracking, cargo manifests, aircraft history and maintenance.

Perhaps the greatest use cases for blockchain are in relation to guest identification and authentication during steps of the journey, reducing friction, complexity and cost.

With a blockchain enabled journey, travelers need only be identified once at the start of the journey, be it at check-in, bag-drop or boarding. Once identified, the tokenized identity could be entered into a  blockchain mechanism, eliminating the need for multiple document checks without passengers having to share their personal data.

Identification of a guest could be captured via biometrics such as a facial scan or fingerprint check at the first touch point in the journey. The scanned image is checked against the digital image stored within the passenger’s travel document, and then combined with the guest's boarding pass information to create a secure single token. Then, at each step of the journey – from check-in, bag drop, to aircraft boarding – guests gain access simply with a facial scan without having to show their passport or boarding pass.

With flight information, we understand that an airline has access to certain data; the airport has other information and then we have the passengers themselves who look at their phones and check the airline app and its saying a different thing to airport screens. Identifying the lineage or source of the data would help mitigate these conflicts

For example, data about a specific bag, belonging to a specific passenger be public. But the sharing of the bag’s journey from origin, through to connecting airports before arriving at its destination requires that the bag be processed by multiple different parties. Placing a bag within the context of the blockchain would enable it to be tracked in real-time and the data made available to all parties that would need to have access to it.

You can store digital records on the blockchain; transfer ownership of digital asserts on blockchain; and execute smart contracts. Blockchain gives everyone the necessary confidence that they are looking at the correct data.

Cryptocurrency Travacoin was developed by the Travacoin startup specially for airlines and travel agencies as a payment system of compensation for denied boarding, long delays and cancellations.

Popular posts from this blog

A National Park Roadtrip Around the Grand Canyon

August 10, 2014
The return of my blog takes a content turn. I’ll still be posting about technical topics that interest me, but I’ll also be updating this space with my Travelogue. Here is the first post pertaining to that topic.In August of 2014, we took a road trip to get a taste of the National Parks in and around Utah and Arizona. The purpose was to scout out where we would want to return and spend more time on a future trip.Flew into LAS on Alaska Airlines flight 616, Tuesday night. Stayed at the newly remodeled Tropicana. Nice rooms and really friendly hotel staff.We hotfooted it out of Vegas and had lunch in Springdale, UT, just outside of Zion NP. A great place called Oscar's Cafe. Our waitress Rachel, took care of us recommending a couple of menu items, I had the shrimp tacos, while others in our party had an Avocado Chip Burger and a Turkey Bacon Avocado wrap. Next time, I'm ordering the Avocado Chip Burger, it has Fritos on the burger!Since we would be visiting a bunch of NPs this t…
Post a Comment
Read more

September 21, 2008
Last month, Aza RaskinintroducedUbiquity on Mozilla Labs. As stated in Aza’s post, the overall goals of Ubiquity are to explore how best to:Empower users to control the web browser with language-based instructions. (With search, users type what they want to find. With Ubiquity, they type what they want to do.) Enable on-demand, user-generated mashups with existing open Web APIs. (In other words, allowing everyone–not just Web developers–to remix the Web so it fits their needs, no matter what page they are on, or what they are doing.) Use Trust networks and social constructs to balance security with ease of extensibility. Extend the browser functionality easily. Aza included the following screenshot as an example of what could be done in an effort to inspire people to begin creating commands for Ubiquity.This got me thinking. on February 7th, 2008, Alaska Airlinesintroduced Jenn, a virtual assistant that guides and assists website visitors. One of the more interesting features of Jenn …
Post a Comment
Read more

The Need for an Enterprise Social Platform

March 01, 2009
IntroductionI’ve had a twitter account for more than a year now. In that short amount of time, I’ve had conversations with people who are working on some pretty cool things. These usually trigger some wildideas. If I need to know more about something, there is usually a person to follow who keeps me updated. Below is a picture of my social computing universe, or at least that is what I’m calling it.SiteTypeWhat It’s Used ForHow I Use Ittwitter
micro-blogTo communicate and stay connected through the exchange of quick, frequent answers to one simple question: What are you doing?Let people know what I’m up to, as well as find out what other people are up to, or what interesting things they have foundfacebooksocial networking serviceHelps you connect and share with the people in your life.To stay in touch with family, friendslinkedinsocial networking serviceSerious professional business networkTo research job candidates, communicate with outside people in a business contextbloggerblog publ…
Post a Comment
Read more